AC Condensate Lines: What You Should Know 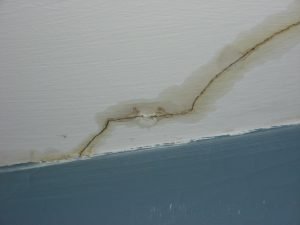 AC Condensate Lines: What You Should Know

Most air conditioners work by passing hot, humid air over coils filled with cold refrigerant. The humidity condenses into water and drips down into a conduit or reservoir built into the system. In standard central AC systems, this is a pan below the main unit, and it drains through a PVC pipe leading outside the home. Some systems, especially those in basements, have pumps in the line that can push the water up to ground level and away from the house. Others use gravity because they are located upstairs, like in attics, and we’ll get to that in a minute.

Condensate sometimes leaks. The drain lines can handle a lot of flow, so this is almost never because of too much water dripping off the coils. It’s usually because of a blockage in the line. With the line clogged and nowhere to go, the water backs up and spills out of the pan. That’s why HVAC technicians these days highly recommend installing an automatic shutoff in your system, so if there is an obstruction, you’ll have to deal without AC, but at least not with leaking.

Now, leakage of any kind is bad even in the basement. But remember how some AC systems are in the attic? Yeah, that can make condensate overflow a much bigger problem. Water damage to load-bearing rafters and plywood, if it’s not noticed soon enough, can weaken the ceiling until it collapses. Even if caught in time, it could still cause mold and require remediation.

The weird thing is that while condensate leak is one of the most potentially costly problems in the industry, it is also one of the easiest to prevent. The most common culprit is actually insects or spiders. During the off-season when the system isn’t running and producing condensate, they like to crawl up into the PVP pipe to makes nests, and that can inhibit the water flow. But that can easily be prevented. When the cooling season ends, simply pour a couple of cups of bleach into the spout near the central unit, and it will make the drain line a much less attractive home for spiders or insects.

Another frequent cause is mold or mildew, which can start to grow in the off-season with residual moisture in the lines. It especially likes to gather in the U-trap which some installers include. Bleach helps here too, as it can kill off fungal growth before it gets a chance to establish a foothold, but if there’s enough buildup it may take pressurized air or some kind of rooter. It might also be a good idea to pour the same amount of bleach down the spout just before the beginning of the cooling season as well, in case something came back and grew over the winter anyway.

Make sure you keep your drain lines clear, as it’s a lot easier than dealing with the bigger problems that will come later if you don’t. Fixing a rusted drain pan is not really a DIY job and condensate leaks, especially on upper levels, can lead to much worse. If you suspect you have a condensate leak, or if you’d like to play it safe and install an auto-shutoff device, call Twin Air in Manassas at (703) 754-1062 or contact us online at our website.